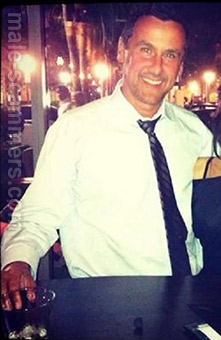 REPORT N1 (added on December, 18, 2014)
Jen (USA)
This man contacted me on OKCupid. He was very attractive. At first he had a lot to say until he realized that I have some background in the areas that he was attempting to lie to me about. (I was not aware of this yet, it was coincidaence) He said he was in the military but would not tell me what branch or where he was stationed. I figured out (Sgt Huber had spent many years in Korea) My father was in the Korean war/ I told him this and he froze. (I don't think he was aware of how long ago that war was.) He finally said he was deployed at Syrian and Turkish boarder.
He wanted me to IM him yahoo but in the process I had his info in my gmail account. I IM him with gmail and sure enough he popped up. What he did not know was Sgt Hubers actual picture came up with the name. The scammers pic on the site looked like 35 yrs old, Sgt Huber 60 maybe. He would not email very often..IM most of the time. Answered questions with questions, but was coming home soon and wanted to meet me.. He then all of a sudden started asking very sexual questions IM... I was on to him before but he didnt ask for money yet...He hinted but I said military should have plenty of aircraft to get you home. I stopped the contact after the sexual questions...It sounded like wanting secrets to use against me if I did not cooperate later. He did email a few times asking if he offended me...etc...I didn't respond.

Romance scam letter(s) from William Jr. Huber to Jen (USA)
Lol, you did nothing wrong, was just being silly when i did not get to read from you for a long while, i hope you are having a fantastic day. Looking forward reading from you today. Muah.