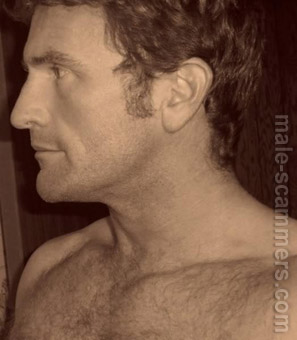 REPORT N1 (added on January, 23, 2012)
Lanette (USA)
He goes by Greg Eleonora, but who knows if that’s his real name. He claims to live in Pecos, TX, (on match) but claims to have lived there for only 4 weeks. He says that he and his 9-yr-old son are from Poland. Everything about him was textbook Internet Scammer. But I didn’t let him get to the point of asking for money. I’m sure that was coming. Here are the red flags: *The minute he "winked" at me on match.com he asked to talk only through Yahoo IM. *After 24 hours, he said that we shouldn't tell anyone of our new love; they we should wait to make the announcement (huh? I thought, "I don't even know you!!") *He told me he loved me after less than 24 hours. He asked me to remove myself from match.com and to show him complete honesty and integrity. *He claims that his wife died 4 years ago of breast cancer and his parents were killed in a car wreck 10 years ago. *His son has since dealt with the death of his mother and wanted to live in America. So, they moved. But they chose an odd little town in Texas that no one in Poland would ever even know about. *The minute I asked for us to meet, he suddenly got a contract in Malaysia (really?) to do a job. He claims to have inherited his father’s business of road maintenance and bridge repairs. He even emailed me a scan of the contract. It’s one page and it’s overly simplified. A multi-million dollar contract from another country would not be awarded in a week’s time (he previously had told me when he bid for the job), nor would it be only one simple page. *The contract in Malaysia was to last 6 weeks, but he only had to be there for 3 weeks. After that time, he said he would fly to Houston to meet me. Then, he would travel back to Pecos, TX, to pack up and move here. Seriously, do I look like I just fell off the turnip truck? *Check out Pecos, TX. It’s a population of 7,000. Why would anyone moving from another country choose to live there if they were the CEO of a major company? Why not Houston or Dallas? *I asked him where his 2 online photos were taken. He told me in Texas. I found that odd because that would’ve meant they were taken in the past 4 weeks. I checked the weather in Pecos. It got up to 113. He is wearing three layers of clothing, including a sweater and a leather jacket. Trust me. No one in Texas is wearing fall clothing these days. Plus, you can see the trees in the background. They are all bare...like in the fall or winter. *He doesn’t really have a working phone, although we did have about 3 phone conversations...he said he got a phone from Verizon while in Texas. But every time we spoke, there was so much static that I couldn’t hear him. Probably because he was in Poland making the call!!!! Plus, there was no texting on his phone. What CEO do you know of, who doesn’t have texting these days? *Regarding that job in Malaysia: he told me that he was to be paid after the 6 weeks. Therefore, he would be flying home to America without having been paid (flying home after 3 weeks). But he did say that he had subcontracted with the Malaysian workers and would have to pay them out of his own pocket. He stated he had saved up enough money to pay them. Hmmmm...that would mean, of course, that in a few short weeks he would not have any money left to fly “home” to America and I am sure that is where I would have been asked for money. *Oh, by the way, when I asked him about moving here to Houston, he stated that he would not have very much to move. He had to sell most of his belongings just to get the contract in Malaysia. *Keep in mind, I have a mentally and physically handicapped child. No man wants to hear that right away. But I am an honest person and am proud of my son. Not only did he say it was OK, but his fictitious son, Kelvin, stated, “it’s ok, Dad. I can cope with it. I just want my new mum.” Yeah, right. *So tonight I texted him via his yahoo account (not sure how that works, really) and confronted him about the whole situation. I told him that he was a textbook scammer and that I was not going to be one of his victims. He tried to come back with a very small rebuttle and when I finally responded with “busted”, he stopped texting me back.

Maybe I should tell you more about me, am an Polish American and lived in Pecos, TX am new here i came to USA 4weeks ago , am a descent a mixed American man with a good sense of humor and truly wants to be happy It takes the grace of God to know who is meant for each other,I will never lie and hate liars,I know what love is and am ready to share it with someone that has the same values!

You might think about the distance or what ever, all i can say about that is distance between two hearts is not an obstacle; rather a great reminder of just how strong true love can be...Hobbies of mine are.........I love to swim,traveling, dancing, camping, going to beach, talking a long walk holding hand,i like swimming, cooking, and sports and i also like going out for concert and movies, i also go to coffee bars and dinner nights.

Am not into the bar thing and don't go to clubs, am ready for a relationship that is build on trust and sincerity,chemistry
Read more