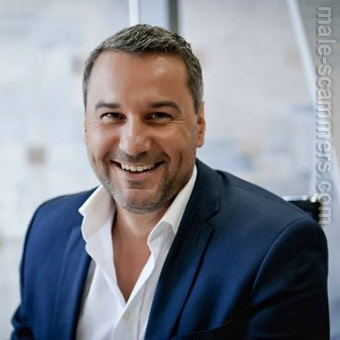 REPORT N1 (added on November, 18, 2014)
Mercy (USA)
He initiated the contact from match.com. Within a short amount of time, he suggested we begin emailing each other through our personal email addresses and started using chat applications such as Viber and Whatsapp. We emailed daily and he quickly made me feel very special. Our online relationship via email and chats progressed quickly. About a week or so after we started talking, he informed me that he had to go to South Africa for 3 weeks to finish up a construction project in Johannesburg that he was working on. It was an office building that had Chinese investors and was the largest project he had ever worked on. Ironically, on his way to South Africa he said he had a layover in Amsterdam and left all of his person information there. Passport, credit cards, ID, money, everything. He mentioned it was difficult to get into the country however he explained the hoops he had to jump through to get into South Africa and even though it seemed far fetched, I bought it. We continued to talk almost every day either via chat, phone or email. He sent the most amazing emails about us, how he felt about me and our future. Within 2 1/2 weeks, he told me he was falling in love with me and I believed him because I thought I felt the same. After a few days there, he needed money. He had purchased some additional supplies and he didn't have enough to do that since he lost all of his information. This occurred three times and I sent him a total of $275K. I never sent it to him directly. I sent it to two different banks but with different depositor names. He was scheduled to return to the US on November 12th via Dubai (United Arab Emirates) and I received an email that he was being detained because the check he was paid (a supposed $2.8M) exceeded the allowable amount and he was going to be penalized by the Dubai government. He asked me to complete a wire transfer from his bank account in the UK to the Dubai Customs bank to cover the costs that he was being fined (approximately $450K) and that I could also transfer $300K to my personal account to cover the money that I had borrowed him. I was sent an email from the Customs Department (false email address and phone numbers) outlining the details however I was unable to verify the name of the person on the email and when I called Dubai Customs, they weren't aware of any such situation. I also received an email from his supposed banker and his information too was either associated with the +40 77 numbers which are associated with known scams. I did not agree to help with this transfer and although he said he was still there.
REPORT N2 (added on April, 12, 2018)
Rie (Denmark)
Male scammer who contact you via Tinder. Suddenly he has in a hurry to go on a business trip..this time to Mexico. He dont know when he will be back maybe a month. He writes to you every day, at the same time. You are the women of his dream. His ex-wife betrayed him, and he has a son in germany. After a lot of chat he suddenly gets fraud, and his card is close, and a shipment is comming and he have to do the clearence. His job is his pride, so he cant say it to the Company ...then he starts Alsing for money. Transfer through western to Karen D-Gray Thompson, Laurel Maryland...his friend. He gets migrane, High blood pressure and can't sleep and you are the only one that Can help him. He ask for intimate pictures and videos. Even when you says no he dont stop...keep comming back...telling you how poorly he feels and he has to get back to Denmark to talk with the bank. Ask for money to the hotel and the flight back home.

First i want to apologize for just responding to your email. I had a really busy day yesterday, and when i got home i was too tired.
It is so nice to hear from you again, and it’s good to know that you can write very well… I still enjoy reading/writing letters because to me, I can see the true personality of the person on how the letter is written. You have a good sense of humor which also allows me to feel comfortable to share more about myself to you. Or isn’t what communication is about? — being able to connect on mutual benefits and trusting one another.

I’m really sorry about the death of your husband. You are a brave woman, and I’m glad you can talk about him, but i hope it doesn’t make you feel sad.
It is an understatement to talk about the challenges that i went through during those years my wife was sick. She suffered with brain cancer for 6 years, and I was always there for her, loved, cared and remained faithful to her till she passed aw
Read more