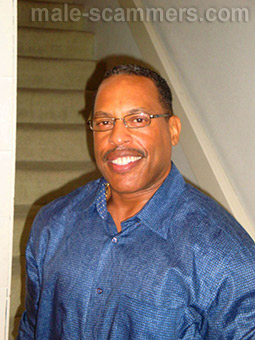 REPORT N1 (added on November, 11, 2014)
Anita (USA)
I was contacted via BlackChristians dating site and was led to believe he lived here in the USA. our relationship lasted from April 2014 to September 2014. During that time he led me to believe that he had to go to Malsysia on behalf of his ailing mom concerning his dead fathers retirement. During this relationship, he borrowed over $2,000 to help pay taxes and hotel bill plus I sent him two smart phones to sell to generate money. He also stated he had been attacked and had some Malaysian person contact me. He also emailed travel itenearys to document his travel arrangements. No he will not answer his phone both local or foreign number.

Romance scam letter(s) from Desmond Nicholas to Anita (USA)
Baby can u try it by ur self to unlock it, let me send u the the imei and the phone carrier name which I use to call u

Hello honey thanks I saw it, I hope is not going to be more than this u knw is ember month we entering soon