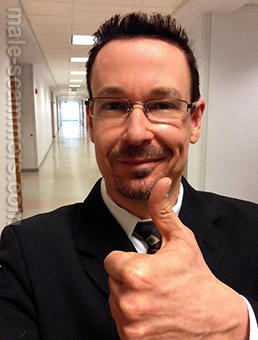 Honey, I dont know if you are getting my text message or not, I have text you this morning and you just sounds like you dont get my text or something, but i saw your voicemail and also your email baby, I miss you and i love you

I'm thinking about you baby, I Love you so much my baby.

Hey baby, I have text you several times after you text me once and i dont know why you never reply back to me, Dont tell me you never did get none of those text baby, coz i know you are getting them, You need to get back to me and you need to get the Transaction done. I need you to talk. Okay.

Apart from being beautiful, what other thing do prefer doing? :)
Indeed you are An Angel. Did it hurt when you fell out of heaven?

Hello Text Angel,
I must say I am enjoying this moment with you and I will always keep it shinning. I wish I was there with you right now, hey, I won't poke you, but just so, you know I am really serious about meeting you for real and as time goes on we will talk more about where and how to meet. Writing is one of the best way I express my self so I try as much as possible to put a lot of emotions into it because I have not done this for ages, Haha

Hey, you tell me what you gonna do when you sitting right in front of me? hmmm

I just did sent you a mail on your work emailing I.D

Yeah, we shall just have to see.
Well, I know what is like, being with a woman who is pretty funny, who will always keep the conversation going, No
Read more

Your mail was receive and the content was indeed noted. Well madam the money will reflect in your account once the payment is made and also I will forward to you all the documents you need.

I wait to hear from you soon.

All is gonna be done just the way you want it madam. I give you my words Ok.

All document have been process and am waiting for the management to sign the documents so that I can forward to the bank for the money to reflect. Am gonna get back to you first thing tomorrow morning.

I give you my word this
Read more

Romance scam letter(s) from Clark Douglas Dwayne to Carla (South Africa)
i enjoy outdoor activities and hobbies such as cooking, music and the arts and shopping for flea market and thrift store bargains. i enjoy traveling and the simple things life has to offer. i would describe myself as fun-loving, honest, dependable and a go- getter.
I love to make people smile, laugh and feel great about themselves and life in general. I am very positive and exuberant. I think i have alot of offer and seeking someone similar, someone open and honest. This area can be a touch place for single person, and it is definitely a couples world out there. I have learned from my past relationship that nothing is forever. So take the time to enjoy whats right in front of you, save every moment together like it was your last Physical attraction and chemistry is a must.
I am a man of one simple dream, I have the ability to make people feel good. I believe every woman has to be well taken care of, treated like a queen and pampered like a little babe coz they are
Read more

Romance scam letter(s) from Clark Douglas Dwayne to Trina (USA)
Thank you so much for emailing me, I truly appreciate it,Wow what a great surprise.
I have been on Match for few days now on and off , i'm in search of my Soul & dream mate, Lover, Wife and Life Companion,let me give you a brief introduction of me. My name is Christoher Mancini, White/Caucasian,60 height,58 years old, Widow, I'm Self Employed Architect/ interior design/Construction. I own my company 100%. I was born and brought up in Rotterdam Holland,My Dad is from Dutch land Holland and my mum from the Birmingham UK.I moved permanently to Virginia Beach VA two years ago as i fell in love when i came here to work few years back and after the lost my wife in Holland,I decided to move down here for a new beginning.I lost my wife in a terrible car crash 3yrs ago in Holland.My whole life crashed down when i lost her,we were married for 29 years and very much in love till the time she passed away. But i think its time to move on now as she is in a better place right n
Read more

Romance scam letter(s) from Clark Douglas Dwayne to Debbie (USA)
Hello Debbie3471 ,how are you?Thanks for the mail and interest.I just went through your mail and profile and thought you have a lovely and sincere profile.I sure would like to get to know you but unftunately i didnt get to spend much time on the site and my subscription runs out soon.So just in case i am not on here anymore you cant either call or text me on my cell.(623,223 7603).
William

Romance scam letter(s) from Clark Douglas Dwayne to Mac (USA)
Yes, I am interested. I am Dax by the way and I am attaching picture of me
Where are you located?

I live in Saint Paul. MN. I just thought I should share more about myself to enable you know me
I was born in France June 9th, 1972. My mother was French while my Dad was Texan..I am the only child. Both my parents are deceased., I never open up to my Dad before he pass away but, my Mom knew...

I have been single for 2 years now, I broke up with my ex because, I caught him cheating and also addicted to drugs

I Flip and Remodel houses. I am self employed. I have a very open heart and as a free minded person, I really want to open my heart for a gentle Man that can handle it with care from his heart.

I tend to have a variety of interests, such as the following: I enjoy the outdoors. I love spending time by the water (lakes and oceans) as the water grounds me and provides me with inner peace.