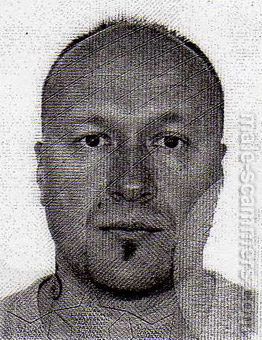 REPORT N1 (added on January, 18, 2012)
Tatiana (Costa Rica)
Please be aware of the following person and NEVER EVER give him your monies. He was trying to get the loans to sponsor some of his enterprises.
Attached is the receipt I wanted him to sign when he was asking to transfer him $340 USD, but he never signed it although he emailed and told that he would do it soon.
The correspondence is mostly in Russian in latin shrift, since I'm a Russian speaker and this person was also Russian speaking.
Some people really helped him in Costa Rica when he asked for help and for monies. I know at least 5 people who helped him just because he seemed to be so honest and nice, and etc. Nobody could think he was just a scammer.
Then he dissappeared from Costa Rica, and even did not tell anybody about it. He continuosly lied telling that he was still in Costa Rica.
I wish the police or some other official offices to catch him, since it is so dishonest how he treated people who were trying to help him in Costa Rica.
I want everybody to know this person and NEVER EVER TRUST THIS PERSON IN ANYTHING, REGARDING MONIES, JOBS, HIS "BUSINESS IDEAS", etc.