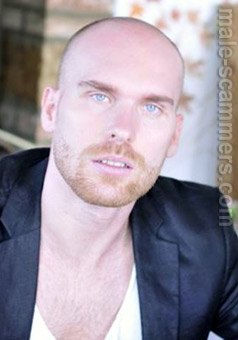 REPORT N1 (added on July, 30, 2014)
Michelle (NZ)
Met on Tagged website. Suggested match by Tagged site. I clicked yes and we started talking.
Briefly through the Tagged site then moved on Yahoo messenger been corresponding ever since well until May then Id been trying to break it off with him.
He was robbed within a few weeks of landing in Nigeria. He apparently was on an assignment to investigate romance scammers funny enough and was hired to do this as an under cover agent. He had no insurance both personally or medical and essentially couldn't access his own money.
REPORT N2 (added on November, 26, 2015)
Darly (USA)
I thought I had met a great guy online, but it turned out to be a catfish and a phishing attempt for money. His name on the site is: goodguydr. He states in his profile, he is a Christian, and tells a sob story about his ex taking his five-year-old girl away and that is why he moved to the United States, to get a new start. He claims he is a civil engineer, and two days after we started communicating online, he says he has an overseas job in Spain for six weeks. At first, everything was going well with his job, and that he may come back December 7. Then, a week or so later, he says his tourist ticket is on December 14. He complains of the cold weather in Spain and says he misses me. States he has a condo in Sarasota, Florida - but there are no property records of the purchase. He asked me to call him in Spain. We talked a little more than a week. The last few days, he started to hint at work difficulties, that there was not enough money, that he needed $2000 from his account in Florida. But he didn't trust his friends, and he has no family.

Romance scam letter(s) from Gaufrid David Arndt to Darly (USA)
Hi sweetie, this is Gaufrid :) just testing to see if you get this message

Hello my angel, missing you so much here and thinking about you a lot. Just wanted to let you know. Hope you have gotten to work and okay? Talk to you soon

Hello sweetie, how is your morning going? Miss talking to you. I've had a really crazy busy day but couldn't stop thinking about you all along. What's going on with you?

I'm really mad at you for suggesting that I'
Read more