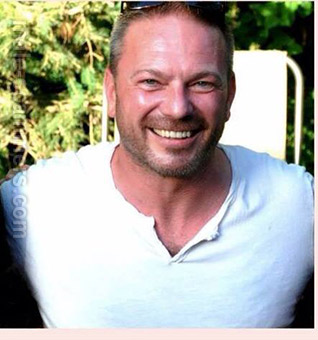 REPORT N1 (added on July, 22, 2014)
Jane (UK)
He initiaded contakt with me on: Match.com ca 20.dec.13 I corresponded with him from 20.12 .13 until 14.02.14 before money get a issue. He told me he was A contructor, just finish a job i Orlando Florida, and was back in UK. Then he got a big project in Scotland and had to go to Malaysia in a business trip to make the necessary procurement. He travel down 05.02.14. He call me on 14.02.14 and ask for a short term loan for unexpected customs expenses, for the amount of 4500 GBP.. And it was urgent because the deadline to get the cargo off to Scottland. The payment was done over my bankaccount to a person with the name: Chong Yourk Ching, MY. So I had to tranferere 5000GBP to the same account 24.02 . Then it change to his agent: Beaven Mawsa account. Something new happend all the times, and he sent me a copi of everything to convince me. Totally 15 tranfered is made,for a among of 46000 GBP totally... He told me he had meet the deadline for the prosjet and he was pay in to his account 320.000GBP, but he could't use the money before he come home to UK and give the bank the necessery paper, because of money loadring. I would not pay more money, and told him this, but he managed to convince me that this was fraud, and gave me access to his account, so that I could even see that the money was received. Moreover, he wrote one debentures to his bank over money he owed ??me and sent this back to me. He also claimed he was in the British embassy and got a loan, I got a copy of. Moreover, he sent a copy of his English and American passports. He sent me all the documentation I requested.
But when monetary requirements only continued I got strengthened my suspicion and sent mail to the bank he had given on the information I had received was correct and I was told that everything was fake. Then I realized 100% that I was a victim of a scam ...
REPORT N2 (added on August, 14, 2014)
Linn (Norway)
Contacted me on Facebook, end of January 14.
Was very well spoken and said all the right things a woman like to hear.
Has a very flowery mouth and saying all this nice things.
Everything was fine until he had to go to Malaysia.
He told me he was a general constructor, a got a big project.
But needed to go to Malaysia for make sure the supplies, was as good as his quality assurance. He told me it would only take a short week to go there and then he would go back home to Florida. Where he told me he lived.
The address he gave me, is not correct.
Then after 3 days there, the problems started.
He had to pay some taxes for his shipment of his goods. Who was going to us.
But he did not have it all.
He wanted me to go to the bank and get a short term bank loan, and he would pay back without any problem when got back home. He asked for 8000 euro sent to a Kent Simbere.
When that didn't not work, he wanted sent to a Beaven Mawoza.
I suspected something was wrong from beginning, because something was not seems right, about his whole situation.
He would say what ever you wanted to her.
And at one point I really felt in love, he is really profession about make you feel loved.
So I played a long on his game, for see what he was up to next.
I told him something wrong with the bank transfer.
Then he wanted me to send the money with western union to a Scott Escandon, and Nick Hayden.
Then suddenly he was in trouble with the hotel management and needed money for his hotel bills.
Then he used the name Andrew Utogoho Kosin, he said send the money in that name.
Everyday he asked for money and I played a long.
Pretending I would help, but I made excuses and excuses for why the money never showed up.
He also give me a name is us, Eva Salinas Sachez.
I asked for documents for what he have to pay, and copy of his passport.
He never showed me any documents.
And now I'm grateful he didn't. Then maybe I would have sent him money.
My feeling and suspicion was right, he is a scammer.
He use woman, especially old woman's to make them believe in his love and help them.
He only wants money, nothing else. He really know how to get to you.
I have talk to several woman's he have fooled, and the stories are the same.
Some of them he show documents, and some not.
I could be victim of scam, but I did not hand out a penny.
So I'm a victim of falling in love with the wrong person.
I did not loose any money only got a broken hart.
And thank good for that.
Please let us stop this man...
He stopped talk to me in the beginning of June 14.
Then suddenly I was a bitch and should go to hell.
Because I did not give him any money.
Even though he told me several times, his love for me was not based on if I would help him or not.
But it was.

Romance scam letter(s) from Mark Bradley to Jane (UK)
Ready to go bed but not with a word for my darling princess..

Hope your remember to wear a dazzling smile on your pretty face all day because that is exactly what the slightest thought of you bring to my face.. I'm almost through with the concluding part of my job here, only for a few I will be taking care tomorrow.

Just want to wish you a good day, I miss you and wish you were here with me. I always think about you and want you to know how much you are treasured, loved and missed my heart.

Hi Darling.. One of the things I love about you is your unique open-minded nature, which make me fall for you more and more. Its pretty difficult to find someone so real like you. it's a jungle out there so many things have changed since the back in the day dating. People now are different, how can I explain. That true honest, loyalty, no games stuff is gone. How sad. You just meet all these artificial people just weird. th
Read more

Romance scam letter(s) from Mark Bradley to Linn (Norway)
Hi darling, hope you slept good. I have really had the opportunity to get on the internet for a while now.As you already no I don't have a personal computer I have to plead with the hotel management to use their staff computer for a few minutes if I need to access the internet. Darling changing my relationship status is no big deal for me. I see no reason why you should be curious about anything. I should know how much I love you and how much I want to be with you and stay together forever. I have a hard time explaining how I feel. I have never felt anything like this before. You are always there for me no matter what. I do not know what I would've done without your love and support. You are the most loving, caring, compassionate and absolutely most awesome woman that I have come across. I use to think no one can fill the vacuum in my heart after my ex past on, but you have gone way above and beyond I expected.

I never thought that was possible. I want to marry
Read more