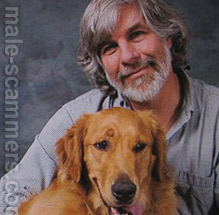 REPORT N1 (added on May, 29, 2014)
Karin (Australia)
I met Michael Morgan (MM) on dating site eHarmony in Feb. 2013. He called, emailed and sent SMSs. MM then had to go to UK for a job appointment as architect. On his way back to Australia he got caught at Heathrow airport with GBP 47000.00 in cash. A long legal process followed (for which I paid). As his passport was seized, he could not get out of the country and I helped him out with cash, mobile phone and prepaid Mastercard. The phone and Mastercard were registered in my name and I could trace where the money was taken out and who called him on the mobile. Moneys were transferred in different ways.