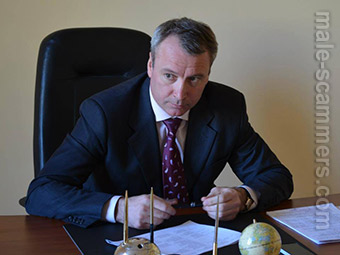 REPORT N1 (added on May, 13, 2014)
Jette (Denmark)
I have found Kevin Owen on facebook and I have contacted him on skype to see if I could get further informations. Kein has not yet ask for money - he talks a lot about sex but that off course is not a crime. Kevin Owen seems not to be the same person that scammed me - Jack Clifford. Kevin Owens English writing is ok whist Jack Clifford's in many ways wasn't.
I enclose photoes from facebook and photoes that Kevin Owen sent to me today.
Also I enclose a part of our conversation today in which he confirm to be the person on the photoes and there are two new phonenumbers.

Kind regards
REPORT N2 (added on August, 22, 2016)
Elene (UK)
I came into contact with this man, who told me he was a project manager at United nations association of Australia.
He seemed nice at first just friendly, asked loads of questions, then short time later came the romance He was over the top, I couldn't understand why anyone would fall in love so quickly so I ignored it Then a few weeks later he told me his son was on a school trip to Italy and had run out of money, would I send him 500 pounds to keep him going for a while. I refused and that's when he became angry saying you don't care about me etc to punish me he blocked me so I accepted this then he asked for my friendship again, and apologised for treating me badly I accepted again , and a few weeks later came up the subject of money again for his son. I refused again, with the same effect. He blocked me again, so I just left it. I saw his picture on your website but his name was Kevin Owen and facebook was name of Michael Roland Rice.