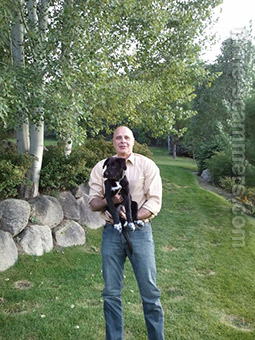 REPORT N1 (added on April, 30, 2014)
Hilly (Canada)
This is the same man who contacted Dianne & Brenda (on here) as Magnus Carlsson. Identical words in the emails (country, province and cities changed) - same story about the $7,000.000. painting - same story about moving his Mother home to Canada - same sister's name etc etc. He found me on Match about March 10, 2014 - immediately closed his profile - I gave him my gmail account (only provided my first name). When he found out I was going to be near Port Alberni (where he allegedly was remolding his Mom's house) last month - he left for South Africa.
REPORT N2 (added on December, 11, 2014)
Cydnee (Canada)
Claims his undying love.. very quickly. Needed to go to Zimbabwe to reclaim a valuable piece of art that belonged to his late father. The painting is in the hands of a gallery owner who says it was given to him as collateral for a loan that his father took. Court case, blah blah.. i am just waiting for this guy to ask for money to get back home. Unbelievable that some men can think we are so stupid! I have spoken to him on the phone.

Romance scam letter(s) from Donald Foster to Hilly (Canada)
Honey i have been bedridden with fever. I just got better and i am sorry for not getting in touch over the past couple of days. I hope that you are fine and i am dying to hear from you. Cheers

This would probably be one the hardest email that i would ever have to write but i pray that if you read it you would be able to understand my reason for saying that.

I got a call early hours of today from my Mum in Australia regarding my late fathers property that seems to be under serious contention in Capetown , South Africa and as i write this email i am at victoria airport about to board a flight to Seattle-Tacoma international where i would connect an Emirate airline flight to Capetown via Dubai. The Flight is leaving in a few hours,It has been a very long night for me and i have been on the phone making contacts.

This is a matter of family urgency and i have to attend to it. I will give you more insight into this wh
Read more

Romance scam letter(s) from Donald Foster to Cydnee (Canada)
Hello Cyd and how are you,thanks a lot for maintaining contact with me and i am so glad that i joined these site, I was introduced to it last week by a couple that met on it and have been married for 2 years now and they told me since i am just adjusting back to life in Manitoba that maybe i should give it a try. By the way I am staying in a lovely apt In town just by St James. Our family home is in Saint Rose du Lac and i have been shuttling between there and Winnipeg in the past 2 months as the family home there is undergoing a face lift. I have just one Son and he is 23 yrs old and he is studying at Monash University, Melbourne, Australia he is a finance and administration Major, he is also plays Aussie rules football and he has been on scholarship and i am very proud of him.

I am a petroleum engineering consultant and i am somewhat semi retired and i have my last contract extended to January 2017 in Calgary, Alberta and i would let you know more details about
Read more