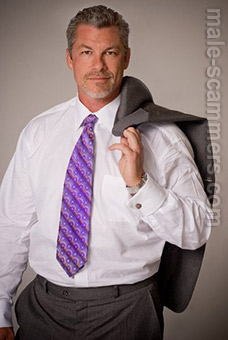 REPORT N1 (added on April, 21, 2014)
Sarah (USA)
I met Gary Williams on Zoosk. We conversed and at the end of August 2013, he broke it off saying I was not the one for him. At the end of October 2013, we started conversing again (I initiated the conversation).
Gary Williams indicated he lived in San Antonio, widowed (wife died at childbirth), Son Earl and both parents were deceased. He was self-employed in Sustainable Agriculture (note website mentioned), church going man.
We exchanged emails, texts, pictures and spoke on the phone every day.
Gary was very sweet and loving and we were suppose to finally meet in December (between Christmas and New Years). In December 2013, he won a bid on a large agriculture contract in Sweden.
Around December 13, Gary indicated he had approx. 35 acres still to fertilize and needed money to pay his supplier. He indicated he could not wire funds from his account because of a set up he had with the bank that they would not wire funds without him doing it in person. His supplier would not take a credit card - why, honestly, I don't think I ever got an answer to that question.
I sent funds to Stephanie Gardner with Bank of America in Dallas, Texas.
After Christmas, he needed funds again (yes he indicated he stayed in Sweden over the holidays - that should have tipped me off right there) because of the delay in getting the other fertilizer, there were parcels that needed a different type of fertilizer (and I did look up this fertilizer and it is legitimate - I even sent websites to him to order it from India). Again, money needed to be wired. This time to Ushika N. Smith in Henrietta, NY.
Then he indicated he had check in hand, but needed money to pay for the extra air fare (caused from changing his ticket twice). He said he had lost his credit card and the credit card his travel agent had on file was the one he lost and reported lost. This time money needed to be sent to Fanny Schulman in Dallas.
That was it. No more money. He became belligerent and threaten to post personal pictures all of the web and send to my employer. I stopped communications and began digging deeper.
I was scammed. I have reported this to IC3.gov (FBI and white collar crime) and have found several facebook accounts with his aliases and sent emails to individuals who say they are his friend. I even sent LinkedIn reports on the LinkedIn accounts I found.
REPORT N2 (added on February, 16, 2015)
Ginger (USA)
Contacted me through millionairematch.
This masterful phony tried to scam $6,000 from me when he became delayed in China for extra fertilizer days, unplanned. Even sent me his American Airlines itinerary to justify his whereabouts.
Because of social media tools, I found his IP log-ins taking place within the USA when he supposedly was in China.
Belgian parents, son Earl in San Antonio TX, wife died at childbirth, sent flowers to me and wrote daily.

Romance scam letter(s) from Gary A. Williams to Ginger (USA)
My Love,

I am writing this to tell you that i love you more than anything and i would do anything to be with you for the rest of my life ... our life. This morning i am starving and thirsty for you, i just want to be with you alone behind closed doors where i can show you how much you mean to me. Your happiness is essential to me and today i promise that i will do everything that i can to keep us together forever because it is all i desire. As am writing you i am thinking about us and the only thing that best explains how much i need you is to be with you physically, i need that moment so much and i can't wait to finish here and be with you. Right now knowing that you are far away and i can't touch you hurts and it is unbearable. I just wish i had meet you physically before this trip my lady, i wish i had hold you and kiss you even if its just once. I need you so much and i love you so passionately with my whole heart. I hold unto your words and look forward to
Read more