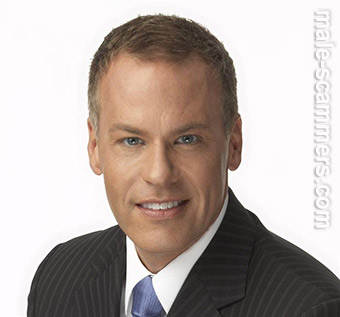 REPORT N1 (added on April, 8, 2014)
Yotie (China)
This scammer first approached me on Facebook but I did not notice his message. He messaged me again. We started to chat with facebook message. He sent me emails telling me he came from Dublin Ireland and working as a Marine Engineer in Arco Marine. His wife passed away due to cancer and he is surviving with a 7-year old son called Sam. Later he told me that his job needed him to travel to Australia for 1 month. After arriving Australia, he would fly direct to my place to meet me.
Then he told me that his ship got serious problem and there was sea pirates from Indonesia blocking the sea and its unsafe to continue sailing. He would call the the security company to deliver his safe box to me and ask me to keep it for him until he is safe.
So after 2 days the so-called security company called me and said there was a safe box from Frank Rob to me and asked me to pay for the insurance. I did not notice it's a scam so I have the payment done at once. A week later, the security company told me that the Malaysia Customs found that there was a lot of money inside the box when they trying to leave the Malaysia Airport. I told the security company I did not know there was money inside. I only knew that there was some important documents. The company said I needed to get the Inernational Monetary Transfer Certificate and Anti-Drug / Territorist Certificate too. I paid again. A week later, the company called again and said the Custom needed me to pay for the tax. I said I have no money. I called Frank Rob and told him I did not have money. I would not help me anymore. Then he told me he wanted to commit suicide if he could not get his safe box back cos the documents inside were very important to him. It was his late-wife's memories. He kept telling me he would die and asked me to take care of his son. He kept bothering me with tears. I felt so boring and frustrated. I did not think too much about the scam, I only pity his son cos he already lost his mother. So I helped him again and again. But this heartless scammer made use of my kind-hearted and finally scammed all my money.
Since I have money withheld by the Alliance Islamic Bank of Malaysia cos of something wrong in the processing of Bank Transfer before, the Malaysia bank said the beneficiary could not be contacted. Maybe the bank also noticed he is a scammer. But the scammer even called me and asked me to contact my bank to release the money to his account in March 2014. I rejected and then he blocked me from his facebook.

Romance scam letter(s) from Frank Rob to Yotie (China)
My name is Frank Rob. I am from Dublin Ireland .I am a Marine Engineer. I work with a Shipping Line here in the U.K.

Where to start? I was married before, but lost my wife after a long battle with cancer. May her soul rest in peace! I want to spend the rest of my life with someone who is friendly, honest, caring, and trustworthy and God fearing. I find very much peace and tranquility here.

Well I'm a bit of a hippie at heart. Music is my life I think that there is a song that can be related to every situation and feeling in life. I take things as they come and tend not to get stressed over anything really, though I'm trying to decide whether this is a good quality or not. I have a strong sense of empathy which makes me passionate about issues close to my heart.

When I'm not trying to conquer my uncertainty and cultivate my eccentricities, I enjoy travel, music, and writing. I adore originality and madness.
If you've suffered the woes of a camel-inflicted s
Read more