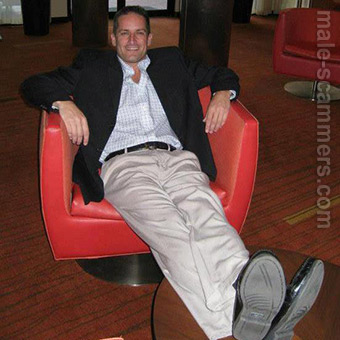 REPORT N1 (added on March, 31, 2014)
Jasmine (USA)
I met Michael Voong on delawaresingles, I believe he contacted me first. We started chatting on Yahoo, he had told me he was in Kabul, serving in the United States army and that his tour was ending in March of this year. He said he was a widow and has a daughter 23 yrs. old named Anita. We corresponding for about 2 weeks for his daughter had called me and we talked for a few minutes, she had told me she was going traveling and she would call me again. A few days later she contacted me through Yahoo messenger saying she arrived safely in the country Burkina Faso on a tourist trip. Then on Feb 16, I got a phone call from somebody claiming to be a doctor saying that Anita was hurt bad and was in the hospital and needed to get in contact with her parents. I told him, Dr. Henry Ervio, that I was not a relative of this young lady and I could not do anything but send a message to her family. This went back and forth for about 2 days and finally I was asked if I could send $9500 in order to her transported out of the country and back into the U.S. I first I did not fall for it, but eventually they did wear me down, and ending up sending $3600. When they tried to get more money out of me, I contacted the U.S. Embassy in that country and they said that no passport was issued to anybody by the name of Anita Voong, and that no such Dr. existed or hospital.

Thank you sweetie for your brief message to me, i am sorry for the late reply, its due to the tight Job Shedule over here. I am Captain Micheal Voong of the United States Army, US ARMY CORPS OF ENGINEERS, 1125 NW Couch St Portland, OREGON. 45years Old, 6ft 3inches tall. Presently serving at Camp Eggers US Military base Kabul Afghanistan.You are a beautiful lady and your profile is interesting. I am a widower with a daughter of 23years Old. I will like to know you the more. I like reading, travelling, swimming, I will be back to the States by March this year after 4 years of service over here. I need God fearing woman, someone that i can call mine, Since the death of my wife, i have been so lonely in life.

I am on this Site in search of a serious minded woman, who i will spend the rest of my life with, a woman with good sense of humor.My Job is so risky that i intend resigning when i am back to the States, i have cheated death in so many cases. By God
Read more