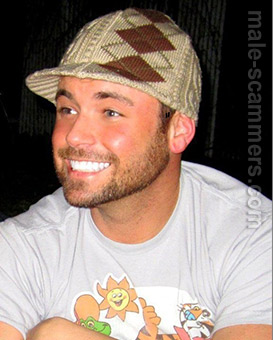 REPORT N1 (added on June, 28, 2012)
Stacee (USA)
Male says he is a computer engineer in Turkey on a business trip. background is that his mother is from turkey and his father is american. his dad died when he was 5 so he had to go back to Turkey with his mom. he came back to the states at aged 21. he has a 3 year old daughter Mary whose mother died in a car accident 2 years ago. Says due to the long distance his phone cannot call or recieve, only text. When I tried to call the number just to hear his voice on voicemail, I got a generic voice mail greeting then a woman in the Los Angeles Area called me and said I called her phoe. He is Very good with words, says you are his everything and that he feels he has known him for years. Says he''ll be back in 2 weeks. Suddenly his mum falls ill with breast cancer and he needs $700 to get her surgery. When refused, he casually goes on like its no big deal. Then he reels you in closer and asks again. he is upsetted when you call him out on his scam, and says how hurt he is that you dont believe him. When given suggestions about how to get money (he says the turkish banks are different and he cant use his atm card), he reufuses to get a bank account there so he can wire himself money. He says he leaves his credit cards at home because he misplaced them once. He says he needs to pay the doctor before his mum can have the surgery, but curiously she is already in the hospital for pain medicine. he says the doctor''s name is Ige Jamiu. He is only able to email his pictures initially once, then when he is asked for more, the email is not working. Then I asked him to give me his drivers license number, passport number, anything to verify his identity, but he ignored me. Suddenly today his daughter (Mary) is in the hospital.
REPORT N2 (added on March, 14, 2014)
Shannon (USA)
Typical scammer from Nigeria using stolen pictures.