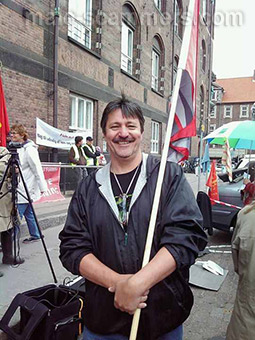 REPORT N1 (added on March, 12, 2014)
Juanita (USA)
Terry initiated the contact. He said his membership was about to end but would like to keep in touch to learn more about me. We communcated for a period of 19 days. He said he was from England, working in Austin for 13 weeks on a contract. He said he is an engineer and his company is TA cosntruction and that is the name of the company website. He said he is the son of the late Robert Andersiso, owner of t he company. He is the only son and he has a daughter in England (whole this could be a fake of course).He said he graduated from the University of Barbados but the website also indicated he studied engineering at the University of Oxford, but he did not mention that to me. The week of his birthday, Feb. 25th, we were suppose to meet for the first time, but he said he had to go to England. He daughter had an accident and she needed surgery. From England he contacted me to tell me a contract on Cape Town, South Africa was approved and he was going over there for a week or two. When he arrived he asked me to do a money transfer from his bank in England to a bank in Cape Town. I was surprise that he was sharing all his account information (pin # and everything). I told him I was not comfortable with that but it happened that I could not do it anyway because my phone does not authorize international calls. Then, he proceeded to tell me that the airline lost his bag containing his computer, telephone and important documents. He asked me to purchase for him a computer and a telephone and send them to him. That he need it to do his work. I explained to him that I was not able to do that, that I did not have the money to do it. He got mad, very mad. Three days later I found out from Chemistry.com that there was some suspicious activity on my account. They said that my account was hijacked, so they cancelled my membership and refunded my money. Then, two days after that, someone sent a Trojan virus to my cell phone. Luckly my security system detected the virus and instructed me not to open it.