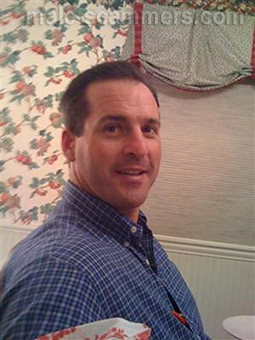 REPORT N1 (added on March, 11, 2014)
Patricia (USA)
I met him in Perfect Match. He invited me to chat by his yahoo account. He was always very polite and he knows how to write very well. Soon as we were chatting I found strange he said he felt in love after a few exchanged emails and after a few chattings in hangout. He said he loved me and I was the woman he prayed for God to puts in his life. He was originally from Belgium and was living in Michigan for 1 year. He works as a contractor engineer, constructing bridges and public schools in Michigan. We were talking every day for one month and we exchanged emails and pics. I found something was very strange with all that love without ever having known each other personally. But he seemed to be a very loving, caring, romantic, educated person. Suddenly, one day he said he had closed a contract in Turkey and would spend a few weeks there. Arriving there he said he needed $ 2,500 to get the permission to work and asked me to send the money for him by Western Union, at that right moment, otherwise he could not work and return to the U.S. He said it was urgent! He had no bank account, friends or family, which also I found very scary. We were about to meet in U.S. and he would not be able to return in time to meet me if he didnt get the money to start the work in Turkey. I did not know what to do at that time and almost sent the money to help him. However, That bothered me very much and I was suspicious that he was not who he claimed to be. Luckily I did not send the money!!!!! And thanks God I was smart enough to see things besides my feelings. In fact, I was very involved and passionate and today still think what would have happened if I had sent the money.