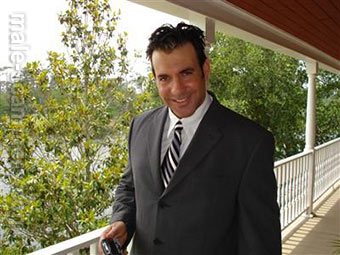 REPORT N1 (added on February, 26, 2014)
Margie (USA)
Dating website scammer - I met this person who calls himself David Umberto on 2/14/2014 after I joined AYI. He contacted me within minutes of me posting. We started chatting on AYI and then moved to Yahoo IM messenger and continued our conversation over the next few days. David Umberto said that he was widowed, his wife died 2 years ago of cancer, he has an 8 year old son. He told me, after my probing questions that he was a Structural Engineer working on a contract, building a bridge in Kaunas (I asked for the city name) in Lithuania, that he is self-employed and was adamant that he did not work for a company (seems to be a pride thing with him). He would not tell me what college he attended; he evaded that question. He told me that he was born and raised in Italy; "the only child of his late parents", no sisters or brothers, that he lived in the US for 5 years and has lived in Rochester, Mi. for 2 years. I first became suspect when he professed his affection and admiration for me within 2 days. He never told me he loved me. I would ask him a question and either the answer was totally unrelated to the question and was obvious "cut and paste", and a somewhat different typeface. He never really asked me any questions or inquired of me other than "canned" questions and didn't care about my answers. When my "silent alarm went off", that is to say my intuition kicked in, I asked him point blank if he was "for real", at this he became defensive and actually quite nasty. That's when I started my research and found your site among other "scam detection sites", thank you for being out there.