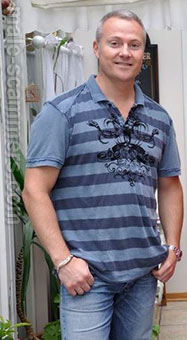 REPORT N1 (added on January, 6, 2014)
Angela (USA)
Fredrik contacted me on Christian Mingle in July 2013 ... by October 2013 he had scammed me for 139K .. promises of marriage, family as he had a son Brian 17 years old and my daughter was 14, his wife had died in a tragic car accident. His mother lived in Norway and his father passed away 10 years ago. I have several photos of him and his son .. Norway, and UK but none local claimed to live in Denver Co. He claims to be a Petro Chemical Engineer. Fake documents were a wire transfer for work he was to have done and Next of Kin paperwork making me next of Kin as his son was still a minor. Phone numbers that my caller ID picked up and that he gave me to call him .. colleague in Boston that he called me from 617-396-7694. Other women he wanted me to send money to as my bank was attempting to tell me a scam, and he insisted on the banks trying to keep us apart, the other woman were Sonya K. West in CA. Lynette Spillman in IA, and Carmela Piazza in CA, sisters of colleagues he claimed to have. He claims to have been sent to finish a job on an oil platform, there was an explosion, he had to pay for damages before they would release his money.
More info about Fredrik Normann he is on an oil platform in Dubai, there was an explosion in Aug. his son is in boarding school in UK. He claims to live in Denver Colorado for over a year an previously moved from Boston, MA and lived there about 5 years .... he asked me to send money to several different places for either materials or to pay the workers that were working on the oil platform before the explosion, then was told had to pay $150K out of the $300K damages to the oil platform from the explosion. He had his lawyer from Malaysia that drew up the Next of Kin document fight for him not to pay the whole 300K only half ... now his story is he has been there too long so the country is making him pay an additional 41k in taxes because he has been there for too long, he might be doing something illegal Wired money to my account to send to him but when I would not because I claimed the bank seized the money he said it was a fraudulent wire because the bank that had sent to my account had been "hacked" into. So my bank sent back to sender and closed my account, like I was the one who did the scam or fraud.
REPORT N2 (added on August, 12, 2016)
Jessica (USA)
Joseph (joelo777) contacted me via Christian Mingle late July of 2016. His first message indicates that he likes the information in your profile and then asks if you would be willing to text him at the number he provides. After telling him I'd prefer to stay on the site, he provides what I assume to be a copy and pasted message about his likes and dislikes. he then again asks to text away from Christian Mingle. He mentions to have completed a Bachelor's degree yet his grammar, spelling, and sentence structure is not consistent. After several days of messaged back and forth via Christian Mingle, we finally agreed to chat via text messages. Several texts later, he asks if he can send me an email containing information about himself. He was given a junk email address so I could see what his message consists of.
In his first email, he states that he is lonely and is looking for a real woman after taking time to deal with the death of his wife. He states he is a artist/painter. He claims his late parents are from Romania and that is where he grew up. He then goes on to explain that his wife died of breast cancer but then says she died while pregnant with his child.
In his second email, he begins to ask questions to aid us in getting to know each other. In this message, his lack of English and grammar and sentence structure really become apparent. The answers given to him are high level or vague and he attempts to get more detailed answers.
In his fourth message (less than a full week since we started chatting), he tells me that he wants to build a relationship with me despite us being on different sides of the U.S. His very next message he states that he has deep feelings and is praying that our friendship evolves into something permanent. He also asks if I would consider marrying him if we hit it off after we meet (again, this is less than a week of chatting...we've never spoken on the phone or met in person). This caused me to believe he may be a scam. When I mentioned that his words were nice but seemed to be very quick, he called me. He had a noticeable accent...almost identical to a co-worker from Nigeria. When I asked about it, he told me his accent was Romanian...which is absolutely not true since I do know people that have a Romanian accent and his is NOTHING like theirs. When I mentioned again that he sounded like my co-worker, he said he needed to go to bed and would talk to me tomorrow. The moment we hung up, I began to research scams and found that the picture he posted on Christian Mingle was on this site with another name and scam scenario posted. Thankfully I wasn't asked for any money at this point, but it appears he is at it again. Ladies, please watch out and protect yourself from him!

Thanks for the email and taking the time to write me...Yesterday was a very busy day for me, I came back very late and tired. I couldn't check my email but was very happy when I saw your email this morning.

I have to admit that I am still finding it hard to be on that dating site, its all new and strange to me. I'm more of the old fashion guy who is use to the traditional way of meeting people and making friends. So I still find this way very challenging....Although I'm ready to communicate regularly with just the person I find very interesting and someone I feel that there is a possibility of me being in a healthy and long lasting relationship with, Just like we are doing now....Your profile caught my interest as soon as I saw it....Would be nice to see where this communication leads to... hopefully it'll lead to something good.

I'm Scandinavian from Oslo Norway, Left Norway to the UK at a tender age with my parents. I moved to the sta
Read more

How are you today?I guess you are doing fine as always. Am so happy and glad to meet you because i really seek for a real woman in my life at this point in time. Am widowed that makes me single again and i die slowly in loneliness, We weren't created to be alone, Everybody needs a companion, every man needs a woman and every woman needs a man by her side.

I will like to tell you more about myself but where do I start from okay.My name is Joseph Lowther.i live in Richmond.I am an Artist/Painter, am into paintings antiques and sculptors by profession.My late parents were from Romania.

I am the only child of my late parents of the blessed memory. I was married before, but lost my wife to breast cancer .She died pregnant for me.May her soul rest in peace.I want to spend the rest of my life with someone who is friendly,honest, caring,trustworthy and God fearing.I find very much peace and tranquility here.Honesty is my watchword. I hate lies and deceit
Read more