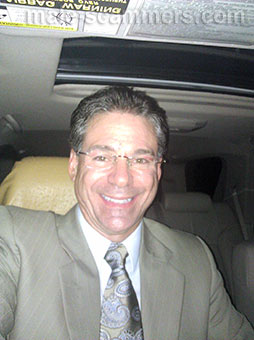 REPORT N1 (added on December, 27, 2013)
Maureen (USA)
I started corresponding with Michael Myers on Match as ImmaculateGuy59 from Beaumont, TX on July 19th. His company is Exclusive Dezyns. In early August he told me he loved me. We could not meet right away because he flew to New York on August 8, 2013 and was supposed to fly back to Houston on August 11, 2013 he was detained he was supposed to remodel a hospital in New York but they asked for his experience with and organization in London and then flew to London on August 14, 2013 and then he was flying to Ghana August 18, 2013 to start work right away to remodel a children's hospital there on August 19. He arrived supposedly in Ghana on August 18 and he was asking for an iPhone which I delivered on August 22 and I spent $850.00 for the iPhone and delivery. To I still to this day have never got paid. We talked every day and texted. Then he wanted me to purchase 26 Apple Desktop Computers for the hospital remodel. He would transfer money to my credit card. I told Michael my credit card does not work that way so I never gave him any of my account numbers. I called Apple computer here in the US and they told me that he has to go through an Apple distributor in France to have it delivered to Ghana. I told Michael what Apple told and he never bothered me about the computers again. Later during September he told me he had 8 Apple computers for the hospital offices, I wonder who else he scammed. Later in September he needed money for plane ticket he wanted to come out he wanted to take care of his house he wanted to take care of his car he had things he needs to take care of he wanted to meet me. I turned around and made a plane reservation which I turned around the same night and canceled and I told Michael I bought him a ticket but since I am purchasing it and he was flying out of Ghana I had to go up to IAH and show them my credit card and driver's license I had to collect the Houston airport to show them my credit card and ID and I got robbed in the parking lot but I really didn't get robbed, I lied to him. On October 1, 2013 Michael claimed he was so stressed out being there in Ghana and the job he was on stress medication. October 1, 2013, he told me his client paid for his plane ticket to Houston. He e-mailed me all of his flight information. October 4 I wired Michael $500; October 7 I wired Michael $500, October 10 while Michael was supposedly on the plane I wired his driver $700 because his mother was in the hospital in Ghana due to cancer according to Michael. While Michael was on the plane from London supposedly the Houston he was promised me we would go to Chase bank when he arrived here to pay me back all my money. I went to Houston Intercontinental Airport to pick him up on Thursday, October 10. I waited three hours I talked to the customs officials he was never processed at the airport they asked me go over to the British Air ticket counter which I did his reservation was canceled on October 7, 2013, so he'd lied to me and I was scammed $2,589.50. I felt so hurt and ashamed to trust this man I never met. Here is Michael Myers other contact information:
I want everyone to know about this scammer so it will not happen to them.

Romance scam letter(s) from Michael Myers to Maureen (USA)
Hey Maureen – thanks for the note – let me say – I suppose we have the mutual respect society here --- you sound a bit like a lost soul mate of mine – as the more you tap the more the minds are melding……and I am not sure I have been able to say that to a lot of folks… You have a wonderful way of expressing yourself which is very fascinating. I enjoy reading every bit of what you write. I don't want to believe online dating is very easy, but with you I think it's been quite easy and fun for me. It's a privilege knowing a wonderful woman like you. I look forward to great friendship as you are always up for that. We seem to have many similarities and I think it will be wonderful to give it a shot.

I don't know where to start now, I guess I have to keep on telling you more about myself... I am trustworthy, loyal, energetic, laugh-a-ble, passionate, hard-worker, but balance the hard work with hard play, kind, considerate, intelligent and accomplished... I just as soon
Read more