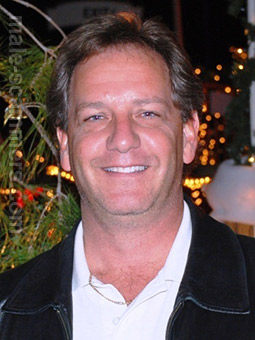 REPORT N1 (added on December, 26, 2013)
Kemuning (Indonesia)
I knew Robert Hills know via Facebook since the beginning of August 2013. In early November 2013 Robert Hills told that he and his daughter will travel to Connecticut and California, USA, continue to some countries in Southeast Asia, and will stop by in Surabaya, Indonesia.
Because he could not carry so much luggage with him, then he sent the luggage to my address. He delivered via a carrier named http://globaldispatchservice.co.uk/ he also gave me the tracking number and airway bills.
On October 16, 2013, a woman with a Malaysian accent (I call Puan X) called me. She told me to pay the local charge of USD 850 so that the package can be delivered to my address. Because I did not expect to be paying that much, so I asked for time to collect money in advance. Finally, I exert a payment on October 30, 2013.
On October 31, 2013, Puan X told me that the insurance on the package expired on October 28, 2013. The airline refused to transport the package. I was asked to renew the insurance at a cost of USD 1750 so that the package can be sent to my address.
On 5 November 2013, I get a shipment of insurance certificate of insurance stating the package has expired, received the bill stating that the local charged has been paid, and I received a personal guarantee of Robert Hills for any payment I have made with respect to the package. On 8 November 2013, I fulfilled the insurance renewal payments.
On 11 November 2013, Puan X told me that the Custom KLIA Malaysian found foreign currency inside the luggage. It violates the laws of Malaysia. For that, the Custom KLIA Malaysia impose a fine of USD 650. On 12 November 2013, Puan X announced that Robert Hills's package was confiscated because it is too complicated for them to handle the luggage and the company did not want to involve in further trouble. On 13 November 2013, I fulfilled the payment of fines.
On 14 November 2013, Puan X told me that the package can not be delivered because it required the IMF Clearance Certificate to release the package because the amount of money that is placed in a package too much. I reported this problem to Robert Hills.
Robert Hills and her daughter, Evelyn, 9 years old, who had been planning to go to Indonesia finally decided to immediately fly to Malaysia to resolve the question of the package .
Robert Hills informed me that he would fly to Surabaya, stop first to Kuala Lumpur. On Saturday, Robert Hills delayed his arrival to Surabaya until Monday because of dealings with the Global Dispatch was not done yet.
On 18 November 2013, Robert Hills said that he will fly to Surabaya by plane at 19:30 pm. On November 18, 2013 at 21:55 pm someone said his name was Ahmed, an Immigration Officer, sms me the news that Robert Hills detained at KLIA Malaysia for carrying too much cash and goods.
Ahmed tells us that if it will be very helpful for Robert Hills to be defended by a lawyer. The fee for lawyer is estimated at RM 25,000-RM 28,000.
I managed to contact Robert Hills by telephone on Thursday, November 21, 2013 He told me that tomorrow he will be brought to justice and his daughter have been flown back to the UK by the Malaysian Immigration.
It was my last contact with Robert Hills. Later, a telephone number used in Malaysia can no longer be reached. Furthermore, the number +447031992028 still on, still sounding dial tone, but calls are never answered. Robert Hills's Facebook account is still active, I still often see his status is the active, but the messages I sent were never been read/picked up.

Romance scam letter(s) from Robert Hills to Kemuning (Indonesia)
Thank you very much we got your email and we dully see reasons with you and your concern to settle these debts on behalf of your husband who is not presently in town,madam for God's sake we have explained to you countless of times that this is definitely the last payment for the claims,will answer your request from first to the last,as for the ID,we do not release our information out,in each company,there is always a representative and that is the details of the person at the helm of affairs that we have given to you.thirdly,the document is available but cannot be issued without the instruction of my superiors and fourthly,you answered correctly,your husband wrote to us asking for the same thing if this was going to be the last payment that we are stressing you so bad,we assured him this is going to be the last and we are assuring you as well that this is definitely going to be the last you should not worry yourself about it,once the payment is made on time,the pac
Read more