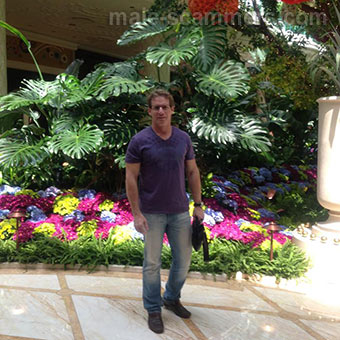 REPORT N1 (added on December, 13, 2013)
Sandra (South Africa)
I have met donald Rossi online and we chated for 3 years, at that time he said he worked in Nigeria and was a contract worker for a company called Infinity Construction. We chatted and then he said to me that he wants to make me a benificiary of his cheque, he sent me benificiary certificates to say that the money is mine. In 2010 when his contract finish in december he was going to come to south Africa to visit, he sent me a confirmation of his iteniery of his visit which looked real, i then had a mail from the Clinic in Nigeria saying that Donald met with an accident and needs money for treatment. i then started sending money to a friend that Donald stayed with in Nigeria (Anthony Ogar Felix). Months later i had a David Cheng call me fron the China Citic Bank saying that the cheque for Donald has been deposited there and this is what i need to pay on order to clear the cheque. After paying the amount that he asked for, he then said that i should pay for the tax certificate, after paying for that he then said i should pay for the activation code, i then realised something was wrong, after that i went on the fraud site and inserted that letter that David sent to me from Infirnity Construction. David then called me asking me to remove that of the site which i didnt do, he then said to me that the money was transfered to the Suntrust Bank in Texas. i then had a Brian Arnold call me sayind that he is helping to clear this cheque. I paid him an amount as well, after that amount was paid he asked me to pay for activation which i didnt pay. Now i am getting a call from Dave Frederick from Cldyesdale bank in London, i also paid an amount to him and after he asked for more money i didnt send any money, he still calls me waiting for the money. In the mean time i am still communicating with Donald often. He said to me that because he was away on contract his bank in the states seized his account because he didnt use it for a long time and the bank needs $4200 to activate his account, i eventually sent him $2800 on the 14/11/2013 and after that never heard from him.