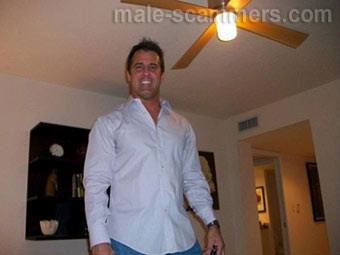 REPORT N1 (added on December, 11, 2013)
Sienna (USA)
This guy found me on the dating site and we started to email and messenger he wouldn't do talking on phone...told me he was a widower, his wife died of cancer a few years back yet his daughter Tracy was back in the Ukraine as her mother wanted her there before she died. He said he was Finnish and when I asked if he had an accent after 12 years in US he said a lilttle bit of one, which I thought would be light and ok as have been to this country. He sent me poems every day and professed I was the one and undying love etc....he told me he was a civil engineer working on a big project in Walla walla.....he was very convincing and asked me lots of questions and mainly told me things that were now I feel looking back all scripted...I have kept all the Yahoo messenger talk files. he did not want to talk when I suggested the phone, which I found odd but also liked the fact he didn't want to rush anything but after a week, he started to talk about his daughter coming over for Xmas and how it had been some time since he saw her and that hew would want me to meet her and be like a mother to her...all this stuff was way too soon and I found it unsettling and odd - we had never had a vocal conversation and he's talking about me being the one and that he would move to be with me etc,,so I pushed for the phone call a week later and he called me but I was not available as driving, when I tried to call back I got a Pinger account message, he had not set up voicemail...he never left any messages but then he called later that evening and he sounded nothing like a European, he sounded like an Indian or Arabic man, it took me by surprise and I said so and he gave me excuses that he was mixed up with traveling and living in US...that was my first alarm bell and then the phone line dropped and he said his battery died and we went back to typing on Yahoo but I started to ask questions nothing to arouse his suspicions but i tripped him up as he changed some of the answers he had previously given me., he then said about coming to visit and his daughtere was hoping to come too, all odd!..I then asked for another photo of him at work (to verify he was actually what he said) and I got another like off the dating site, so then I asked for webcam and selfie on the phone all to no avail after two days of me asking for a photo of him insitu he stopped contact, because I asked for a real live image or webcam, it was the thing that stopped him but the info I did gleam from him as to his company and his details have all turned out to be fake...his photos were too good to be true and the Indian Arabic accent did not match with anything he had said...