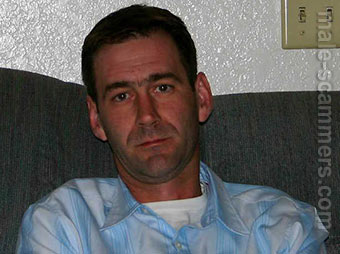 REPORT N1 (added on December, 11, 2013)
Lidia (UK)
He was found me on the badoo, very intelligent,dual citizenship.borned in us and lived in uk later.he is an united nation worker and in lebanon working together with the peacekeeping team as an orthoped doctor.saying exactly the same things what is in this site.fall in love within hours,sending love poems at all times.requested my email address to keep closer.asked me about marry with him asap.after a week,he wanted me to send 1500 usd to an united nation agent to pay his vacation fee and he'll come home.only i can save him.the agent name is fake as well -of course - Terrance White.when i asked his address he sent me a lloyds bank address in petersborough in uk.i was googled it.he sent me the bank details of the account holder (terrance white) and he will sort everything out if he get this money.i was curious to try how far was he able to go with his lies.but enough was enough.he gave up,i always questionned him and it was never straight answer.his behaviour was exactly the same what i was read on this site.thank you for your help.
REPORT N2 (added on March, 12, 2014)
Miyuki (USA)
It was too fast and did not have much time to think about my situation. As soon as he contacted me, I checked his profile showed that he had same religious belief, and education label on March 5 2014 @ AYI. I was already off the gourd due to same religion. He asked my email address due to time difference the end of that day. I assumed if he wanted to have that information to make our contact easy, since he said he was Med Doc.and was on his oversea mission. He showed reserved attitude and great pace to prove if his occupation was true. But he had never answer to the important question where normally people paid attention to answer as a curious single who look for the best fit would. I review my post even said that to him, he knew exactly what I would love to hear from my date. Next morning on March 6 2014, I was already in his hand. Eventhough I thought the question he asked if I own my house or not was interesting, I was too busy to taste desirous conversation until when he answered the schools( 2 from ivy league) where he graduated from. It was not only impossible to graduate 2 Med schools but also he was able to graduate 2 Ivy leagues that triggered me to search his name online and I found him on this site. At this point he had not asked me any money except suggested me to give him my mortgage balance information as we were getting married, and he mentioned we would take a vacation together on his post as date of Sun, Mar 9, 2014 at 2:02 PM.

Romance scam letter(s) from Michael Todd to Miyuki (USA)
Today was a great day for me,and after work I'm just sitting here all alone thinking about love,happiness and life in general,I took me to a very deep realms of life weighing myself as a whole I felt I'm not complete and on the other hand I think about things that can ever make a man like me so complete.....in my attempt of sorting out thoughts of something that can ever match or bring happiness into my life,to my deepest surprise YOU are the only person my thought keep raising and recalling at and this brought me to a conclusion that no matter what is going to take me I most have you in my life,I don't know how I'm going to do it yet but I just want to let you know how much you mean to my heart,if I ever have my last breath to say something I would say I love you,and if in heaven I appear at the judgement throne like they use to say and I was asked how I lived my life,you know what I would say?...I would say for the whole of my life till the moment I was passed on
Read more