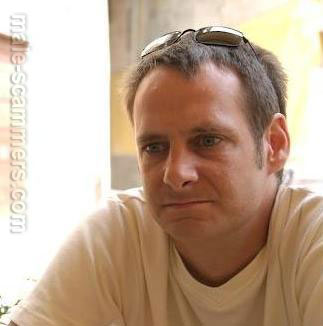 REPORT N1 (added on December, 10, 2013)
Katherine (USA)
This man contacted me through IM on Christian Mingle. We spoke about 1 hours and continued to email each other for approximately 2 weeks and I received an email that he had a job in Mexico and was flying out that day, we also exchanged phone numbers. He said he would email me from there and when he did he said that his briefcase was stolen and he was in custody because the funds for the job he was doing was in it. He said they were charging him with thief. After about a week he phoned me and said he got one call a day and his hearing was soon. He also stated that he had to pay back the money ($13,000) before the hearing. At first he did not ask for money but after about 3-4 days of phone contact he asked if I could get a loan or a credit card and he would pay me back. When I told him I couldn't do that he said he understood and he wanted his daughter to keep in touch with me and we could keep each other updated. She did (Alice) and she asked me to find or borrow the money for her father because he wouldn't survive if he had to stay there. She also told me her father told her he was in love with me. LOL

My day was great, today is looking like we are going to end the day very late but I thank God for his mercies and love. I thought you said there was no school until Tuesday, what did you have to go and fix in school. I hope you enjoyed your dinner? What did you have for dinner? What is your favorite meal if I may ask?

I loved the way you told me about yourself, the outline was very straight forward that I have no questions to ask and I see that we have a lot in common as I am also of European origin, My Father is from Switzerland and my Mum is Irish, I was born in Auburn Atlanta here in the states but had my elementary through to high school in Zurich Switzerland, I had my first degree in Austin, University of Texas, My MBA (Finance) in University of Phoenix and PhD in Austin, UT in Information Technology. I have lived in Texas, Georgia, California and now New York, I love Watertown so much because it is small like where you live, crime free and the p
Read more