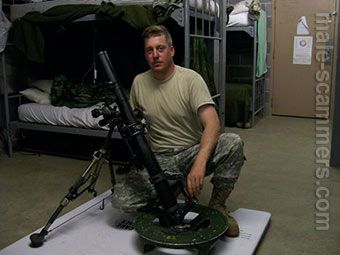 Romance scam letter(s) from Richard Harris to Lene (Norway)
Hello this is Gary from Meetic.com. I have just sent you an email with your email address and I first want to say Hello and diconfermare if the e-mail is not mistaken. This isalsosome images of me and my daughter and although I'm not photogenic hope you like this photo of mine.

Romance scam letter(s) from Richard Harris to Eloha (USA)
I don't think there is anything nicer than being called "gorgeous." It just warms my heart, and it's so much more kind than "you're hot," or even "pretty" for that matter You are absolutely, astoundingly gorgeous and that's the least interesting thing about you call me Ruddock Morgan Jr