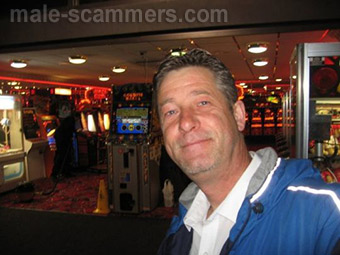 REPORT N1 (added on December, 2, 2013)
Sally (Australia)
He says he was bought up by his maternal grandmother in the Canary Islands after his parents died when he was 2 years old. He says he has a son named Fred who is staying with relatives in Malaga, Spain. He says Fred is 17 years old. He says he has lived in Melbourne, Australia, for the last 25 years and his wife, Lisa, died 5 years ago.
He says he is an engineer who is finishing his work in U.K. soon. He says he is dealing with an attorney, Kayne Watson Chambers 1119 Langton Rd, Wavertree, Liverpool, UK, L15 2HG. He says he is getting an anti-terrorism certificate. He has a thick Spanish accent and doesn't sound like he has lived in Melbourne, Australia for 25 years. From reading your site, I gather no such attorney exists. Neither does the address.
He has not asked me for money yet but he sent me a copy of his bill with Kayne Watson.

I write to acknowledge receipt of your email having discussed and finalize arrangement of the procuring of the anti terrorism certificate. The essence of this is to ensure that your money and privilege is upheld and protected by legal backing. It is also to ensure that the funds which is being remitted to you is obtained legally and not intended to be used in support of acts of social vices or terrorism. Your entitlement right and privilege in section 39(67) of the British law {protect the right and legitimacy of the acquisition and transfer of huge sums}.

In order that i witness this transaction as your attorney, it is necessary for you to transfer to us the right/privilege to do same. Please sign and return the herewith attached legal consultation (Power Of Attorney).

Our service shall include performing
Read more