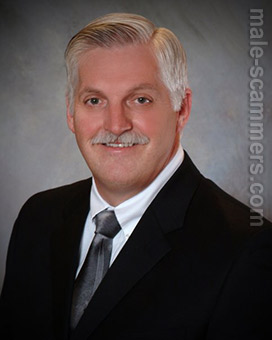 REPORT N1 (added on November, 29, 2013)
Teresita (Philippines)
Met him on AYI Oct 2013 under a profile name Beogeda. Then introduced himself as Donald Laurvick, self employed electrical engineer. I searched him through Spokeo, all info given to me matched. Told me that he was awaiting a contract job to Cairo, Egypt. Contacted the phone no. on Spokeo. Found out that stolen identity had taken place. A few days later, he left for Cairo for the job. On the way to his hotel from airport, he claimed that he left all his tools in the taxi. Unable to recover tools but needed these tools to work. He was going to rent tools but didn't have enough money. He asked me to help. I said NO, I couldn't. Then, I confronted him that I found out that he stole his identity because I called up the no. on Spokeo & spoke to the real Donald Laurvick. That's when he confessed that he lied, that he is really George Henry Kalberer from Minnesota. But asked me again to help. I said NO .Then he told me that we must say goodbye to each other. He was unable to get money from me. Our communication lasted 6 weeks only, emails, chats, phones.
REPORT N2 (added on June, 20, 2014)
Mary (USA)
George first contacted me over a year ago on a dating site called match.com. He was good at romancing, but that changed a lot when he went to Cairo, Egypt where he left his tools in a cab, needed money for them and many other reasons. I have lost over five thousand to him. He contacted me when he was in Georgia and needed money because he was held hostage there by a man who has his keys to house and car in Minnesota. I have tried to reach him several times. He would call once in a while and ask for more money and to even open a Fidelity account for him to access. I am glad I never put money in there because it would be all gone by now. He used to chat with me on yahoo messenger but stopped a couple months ago.