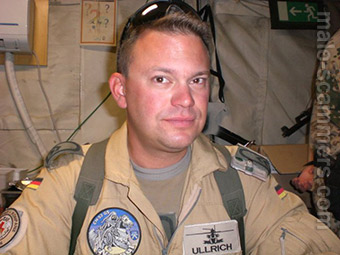 It's my pleasure to spend time with you today, and i also apologize for not keeping in touch with you long time ago. I know is over a month we met now but due to lack of communication it seems we were stagnant. I am expecting rapid growth in this friendship.

I attached my pictures on this mail and i hope you like them.

It's nice to read back from you. Thanks for the compliment and for the smoking issue, i am not a good smoker, because i can remember all the time i spend vacation is states, i never one day light up a cigarette. I purposely attached the picture to view your opinion about smoke and also to know if you are a smoker. But I am glad to know that you are not a smoker. Well, the truth behind it are, I am not an addicted smoker, i smoke because of over stress that i undergoes during and after my work. I have made up my mind to kick away the habit as soon as i complete my service here. It's very cle
Read more

Romance scam letter(s) from Paul Swen Ullrich to Nash (USA)
Baby I can't believe you will keep cursing me after you said we should abide on trust, love, respect and care for each other. You called me coward and pig because you lend me money when I am in need. You said I am brainless because I couldn't make it to Beirut.

I am in pains, my head is so hot and my heart is getting colder. This is the reason why i wanted to lose the boxes, I don't want to get insulted because money that I will pay back. I am not asking you for free money, I took proper records of all the money you sent me and I will definitely pay you back as I promised. I left yahoo messenger to avoid hurting myself because if you know how heavy my heart is, you won't throw curse on me or remind me what my ex did to me. I will send Anthony message this night, maybe later to explain to him how much I am owing you and how you lend me the money. Have it on your mind you will get back your money and stop insinuating that i won't pay you back. I will pay you the $2
Read more